The main objective of De GitaarSalon Foundation is creating a platform for guitar music in order to popularize its repertoire, and to give musicians a chance to share their work. The foundation has its own venue in a historic mansion in the town of Enkhuizen, where a maximum of 50 people can enjoy live concerts. The homely setting and extraordinary acoustics create a unique musical experience. De GitaarSalon has become increasingly popular among guitar enthusiasts, enabling the quality and quantity of events to grow. By broadcasting live recordings on Dutch television, and by offering them online through YouTube and Vimeo, De GitaarSalon reaches out to an (inter)national audience. In eight years’ time, the foundation has developed into a voluntary organization with a board of five, three guitar teachers, an AV team for concert recordings, and several volunteers who sell tickets and tend bar. Twenty people in total make up the GitaarSalon team.

De GitaarSalon has the following objectives:

On average, De GitaarSalon organizes 24 concerts per year, divided between the different genres.
Professionals follow FPK (Fonds Podiumkunsten) guidelines, and are paid accordingly: solo performance €250, duo €450, trio/quartet €600. Sometimes exceptions are made, and different prices can also be arranged when musicians combine their concerts with workshops and/or masterclasses.
Tickets are priced at €12 for adults and €9 for children under 18 and senior citizens. Prices may vary, tickets for more popular concerts can be priced up to €15/€12.
Regional musicians and semi-professionals often play for profits minus rent (€50) or merely for the sake of playing, helping the foundation raise money.

De GitaarSalon always strives to collaborate with other parties, or to cater to a specific target group, when planning a workshop or masterclass.

We invest a significant amount of time in collaborating with primary schools, secondary school RSG, music school MOW, and Stichting de Blauwe Schuit, as children under eighteen are still underrepresented at GitaarSalon concerts.

• After a testing period in 2012, we have started an annual six-week guitar course for the six to nine-year-olds (fourth grade) of primary school De Wegwijzer in Enkhuizen in 2013. The school decided in 2014 that it would pay for expenditures itself, in order to help invest in the musical development of its pupils.
• We host student presentation evenings in the week before official school holidays, with acoustic guitar on Wednesday and electric guitar, pop music, and singer/songwriters on Thursday.
• We host two band workshop series per year, taught by Timber Povee and Hein Nagelmaeker. The musical styles taught at these workshops depend on the local venue or festival where participants will perform.
• Students are examined on their progress by performing at the GitaarFestival. The goal of performing live should encourage them, and ultimately others, to improve their guitar skills.
• We have developed a cultural program for groups of 15/16-year-olds (fourth grade of secondary school) that go to the RSG. We host this event called ‘Rondje Cultuur’ each year in the last week of October.
• During the second week of January, the same group of secondary school students come back to the GitaarSalon, this time as a part of their CKV class (Cultural and Artistic Education). For this class we collaborate with the teachers of the class to create a fitting workshop.

Because we want to reach out to the general public, and because we want to attract people from all age groups, we focus not just on the quality of our concerts, but also on their accessibility. We want virtuosity to go hand in hand with showmanship, so that the audience can truly connect with the musician, regardless of their experience with guitar music or knowledge of the repertoire.

Thanks to the support of the Fonds Podium Kunsten (FPK), we have been able to take more risks with booking acts for De GitaarSalon. Their SKIP grant has enabled us to guarantee more diversity and quality since 2011.
Since 2012, we have been able to secure more and more funding. By approaching specific foundations for specific projects, our chances of receiving grants have grown significantly. Other foundations have also chosen to support our annual festival, or De GitaarSalon in general. For this we are eternally grateful.
In 2014 we received an ANBI status (Public Benefit Organization) for Cultural Institutions.
We see the investment of multiple foundations in our product not just as valuable and vital financially, but also as an expression of trust and appreciation.

After a magnificent first edition in 2012, we have been able to host our second and third edition of the GitaarFestival in 2013 and 2014, in collaboration with the Zuiderzee Museum, Brava, and the EGTA, whose biannual soloist competition finale took place at the festival.
The festival already attracted over 2500 visitors in 2013. The combination of professional and amateur players, the diversity of the program, and the intimate ambience all add to the festival’s appeal. Music enthusiasts of all ages can enjoy this day out where guitar music and authentic Dutch architecture meet. We are proud of, and strive to maintain the level of intimacy of our festival concerts, while simultaneously developing the concept of the festival further. For future editions we wish to add workshops and activities, providing visitors with a more interactive festival experience.

A long-time wish of ours has been to produce a DVD with concert highlights. Although we have not been able to realize this plan yet, we haven’t given up on it. This DVD will serve as a gift for new members or contributors, and will also be available for sale during events and online. Proceeds will all be invested in the foundation.

The first version of our website, back in 2004, was designed by one of our volunteers. At the time it functioned perfectly in all in simplicity.
After several years we decided it was time for a more professional, more advanced website. This was a project that needed a someone with specialist knowledge, a project worthwhile investing in.
2014 marked our ten-year anniversary. We decided to collaborate with Dutch design agency Groeier, and received funding to make this collaboration, and a new website possible. With this new website we wanted to share more in-depth information, not merely about the foundation itself, but also about guitar music in general. Our easy-to-use website is kept up-to-date by a group of dedicated contributors, working together to create a dynamic platform that inspires visitors of our website to become visitors of our venue.
We want our website become a platform where different target groups meet. The audience, the artists, the student, the teacher, but also guitar manufacturers, specialist shops, and concert programmers should be able to use our website to expand their network.

In the coming years, we will strive to create a bigger network of dedicated volunteers and members of the board. Their individual capacities can help De GitaarSalon increase productivity and organizational quality. We hope to create a board where each member is responsible and works in a structured way. At the moment the board consists of the following members:

The guitar is perhaps one of the most popular instruments on the planet, yet much of the music that is written for it, and many genres in which the guitar is more than chords accompanying vocals, are still obscure, and known and loved by a minority. In order to popularize the broad guitar repertoire, we need to do more than organize concerts. By promoting our events through different channels we hope to generate widespread interest in the guitar and its many facets.

In the near future we want to start promoting De GitaarSalon through social media, i.e. Facebook and Twitter. 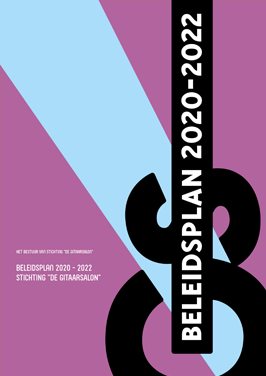 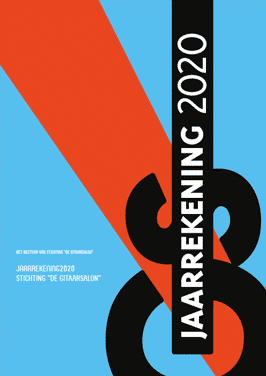