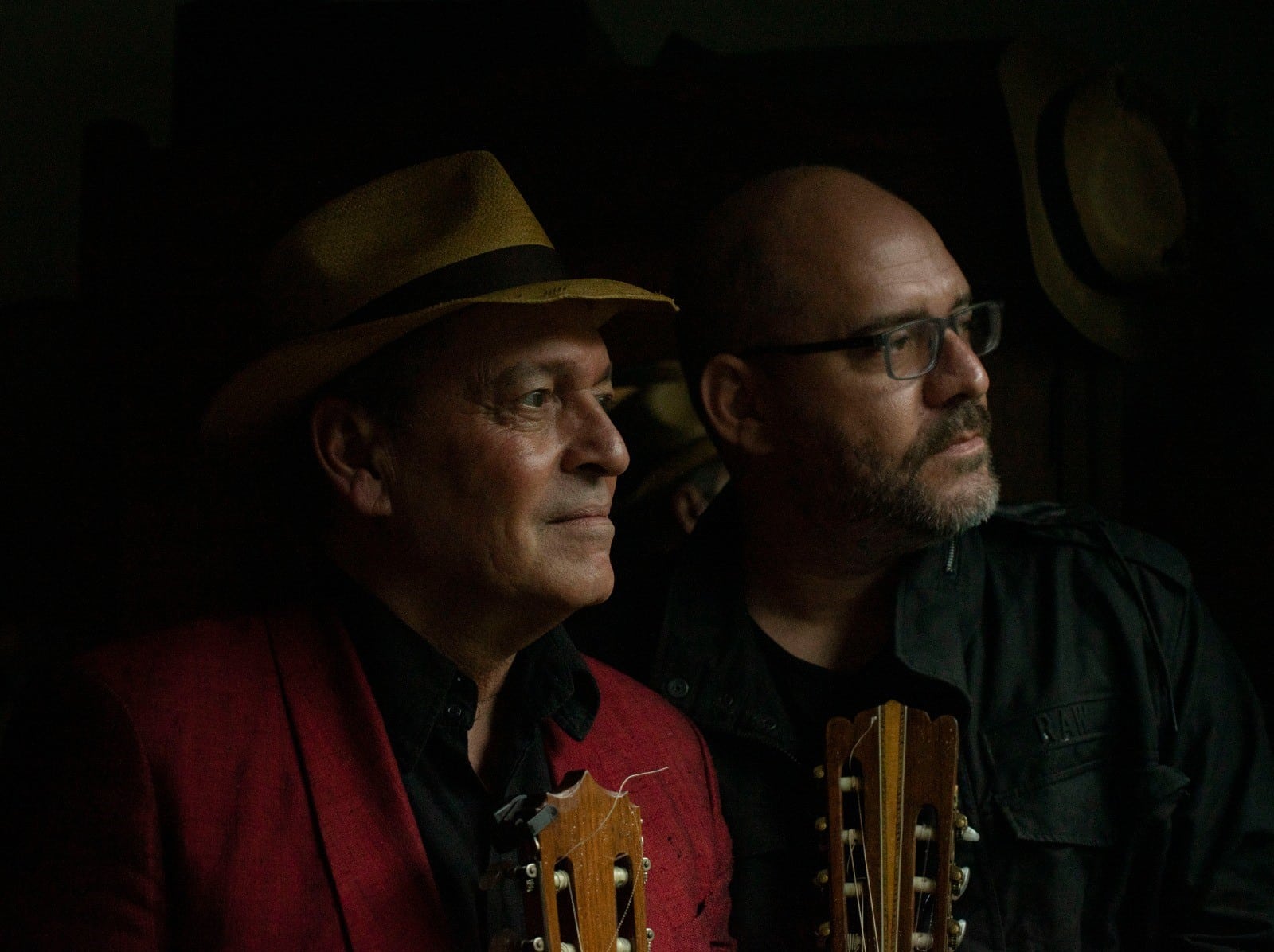 Rogério Bicudo and Daniel Montes, musicians from Rio de Janeiro based in
Amsterdam, form Duo Atlântico a duo whose repertoire is an ode to the
acoustic guitar.

The interaction of the six- and seven-string guitars of this duo derives
from a very special musical idiom in which the boundaries between
classical and popular music merge in a very natural way. Duo Atlântico combines its own compositions with the heritage of
timeless musical traditions, navigating rhythms of the ocean that gave
it its name.

On this occasion they invite a special guest to join them at some tunes.

Guitarist, composer Rogério Bicudo is an outstanding
instrumentalist who combines the precision and technique of chamber
music with the rhythm and passionate force of popular music. Has its own
very recognizable sound and a preference for direct expressiveness and
beautiful melodic lines mixed with the polyrhythms so characteristic of
Brazilian music.
Although he has an erudite background, his way of playing transcends
genres or musical styles. Rogério is also a composer and interpreter of
choro, samba and other popular music genres, his music was recorded by
artists such as Zeca Pagodinho and Ivan Milanez, Eduardo Gallotti,
Casuarina and Criolo.

Daniel Montes is musician, music producer, arranger
and composer. He is a founding partner of the Casuarina group, where he
exercises all the aforementioned functions.
Graduated in Music Degree at Uni-Rio. Graduated in the instrumentation,
orchestration and arrangements course taught by José Carlos Barros. He
was a student of the master and creator of the 7-string guitar language,
Dino 7 Cordas.
He has performed on important stages around the world, such as Lincoln
Center (NYC), Kennedy Center (DC), Zellerbach Hall (Berkeley, CA),
Vienne Antique Theater (Vienne), New Morning (Paris), Karl Marx
(Havana), representing Brazilian culture in countries such as Angola,
Belgium, Brazil, Canada, Cuba, Slovenia, Spain, United States, France,
Netherlands, Israel, Italy, Malaysia, Norway, Portugal, United Kingdom,
Russia and Sweden.